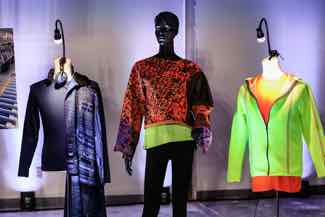 “The flatbed knitting technology at Evolution St. Louis is smart and sustainable,” Barnes said. “I’m excited to be a part of a company that is revolutionizing how knitwear is created in America. The applications of this technology are far-reaching and already being used in industries beyond fashion, including medical and automotive.”

Barnes started her career with Stoll America, working her way up from knitwear intern to knitwear pattern engineer. Before moving to St. Louis, she worked for Lululemon Athletica in Vancouver as a knitwear research scientist.

“Kristen and the other programmers we will hire will help Evolution St. Louis use Stoll’s high-tech flatbed knitting machines and other innovative technologies to re-establish the United States as a leader in advanced manufacturing and production,” said John Elmuccio, co-founder of Evolution St. Louis.

“Kristen’s experience in flatbed knitting, as well as design will help us serve customers across the United States,” added Jon Lewis, co-founder of Evolution St. Louis.

Barnes graduated from the Fashion Institute of Design & Merchandising in 2007 with a bachelor’s degree in fashion knitwear design.